In his thesis, he developed a tool that displays SBML reaction networks using Anchored Maps. Users can define submodules of interest, or choose from a pre-defined set of motifs. His algorithm then detects all occurrences of these submodules in the network.
On selection of one such submodule, it is put into focus. 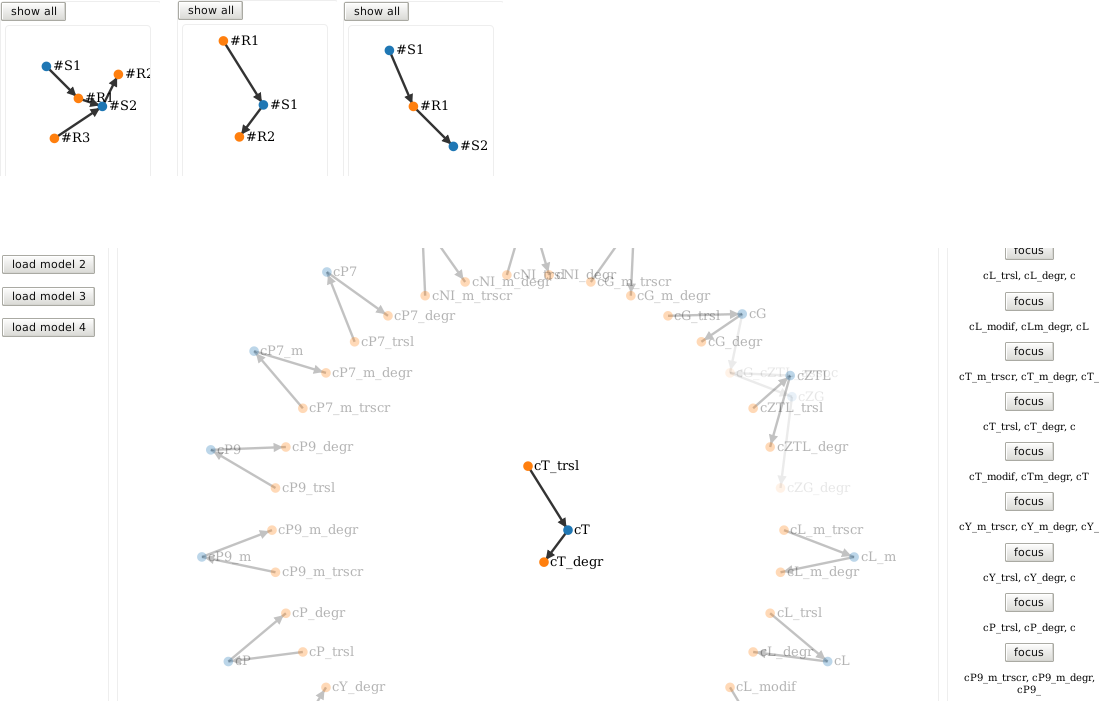 Screenshot of the prototype: A simple motif (second in the panel on the top) had been found several times in the model (see panel on the right). One of these submodules was selected for focus (in the middle of the network).

The work has been co-supervised by Christian Rosenke from the Visual Computing group at the University of Rostock. It is tightly linked to the Bachelor’s thesis of Fabienne Lambusch, who detected frequent submodules in SBML models. These submodules can now be visualised with the help of Tom’s tool.